Every Day Is Extra: An Evening with JOHN KERRY 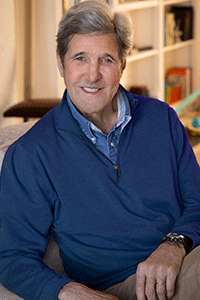 Join Former Senator and Secretary of State John Kerry as he discusses his new memoir, Every Day Is Extra. Kerry tells the story of his remarkable American life—from son of a diplomat to decorated Vietnam veteran, five-term United States senator, 2004 Democratic presidential nominee, and Secretary of State for four years—and reflects upon some of the most important events of our recent history.

A Yale graduate, John Kerry enlisted in the U.S. Navy in 1966, and served in Vietnam. He returned home highly decorated but disillusioned, and testified powerfully before Congress as a young veteran opposed to the war. Kerry served as a prosecutor in Massachusetts, then as lieutenant governor, and was elected to the Senate in 1984, eventually serving five terms. In 2004, he was the Democratic presidential nominee and came within one state—Ohio—of winning. Kerry returned to the Senate, chaired the important Foreign Relations Committee, and succeeded Hillary Clinton as Secretary of State in 2013. In that position he tried to find peace in the Middle East; dealt with the Syrian civil war while combatting ISIS; and negotiated the Iran nuclear deal and the Paris climate agreement.

Every Day Is Extra is Kerry’s passionate, insightful, sometimes funny, always moving account of his life. Kerry tells wonderful stories about colleagues Ted Kennedy and John McCain, as well as President Obama and other major figures. He writes movingly of recovering his faith while in the Senate, and deplores the hyper-partisanship that has infected Washington.

Few books convey as convincingly as this one the life of public service like that which John Kerry has lived for fifty years. Every Day Is Extra shows Kerry for the dedicated, witty, and authentic man that he is, and provides forceful testimony for the importance of diplomacy and American leadership to address the increasingly complex challenges of a more globalized world.

John Forbes Kerry is a former Secretary of State and five-term U.S. Senator. Kerry is the author of Every Day Is Extra, A Call to Service: My Vision for a Better America, The New War, and the best-selling This Moment on Earth. He is currently a Distinguished Fellow for Global Affairs at Yale University as well as the inaugural Visiting Distinguished Statesman for the Carnegie Endowment for International Peace. Kerry and his wife, Teresa Heinz Kerry, have two daughters, three sons, and seven grandchildren. 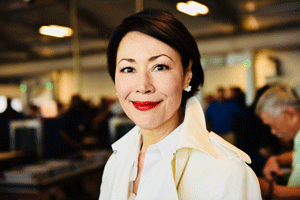 Award-winning journalist and photojournalist Ann Curry is the executive producer and reporter for the PBS documentary series, We’ll Meet Again, and a featured writer for National Geographic magazine. A former NBC News Network anchor and international correspondent, she has reported on conflicts in Syria, Afghanistan, Iraq, Somalia, Darfur, Congo, the Central African Republic, Serbia, Lebanon, and Israel; on nuclear tensions from North Korea and Iran and on numerous humanitarian disasters, including the tsunamis in Southeast Asia and Japan, and the massive 2010 earthquake in Haiti, where her appeal via Twitter (@AnnCurry) is credited for helping to speed the arrival of humanitarian planes. She has contributed groundbreaking journalism on climate change, documenting glacial melt in the Arctic, the Antarctic, and on Mount Kilimanjaro, as well as the deepening drought in the American West. Ann is also known for her focused reporting from inside Iran, giving voice to its women, human rights activists and young people, including Green Revolution activists. She also first broke the news of Iran’s interest in negotiating a nuclear agreement with the outside world.

Ann has won seven national news Emmys and numerous Edward R. Murrow Awards, Gracie Allen Awards, and National Headliner Awards.  She has received NAACP’s Excellence in Reporting award, a Matrix from Women in Communications, and humanitarian awards from Refugees International, Americares, Save the Children, and the Simon Wiesenthal Center, which awarded her a Medal of Valor for her dedication to reporting about genocide.

Thanks for sharing your ideas with this blog. Furthermore, a misconception regarding the banking institutions intentions whenever talking about foreclosures is that the traditional bank will not getreceive my payments. There is a specific amount of time that the bank can take payments in some places. If you are too deep inside hole, they will commonly require that you pay the actual payment completely. However, that doesn’t mean that they will not take any sort of payments at all. In the event you and the loan company can seem to work a thing out, this foreclosure process may stop. However, in case you continue to skip payments wih the new program, the foreclosures process can pick up where it was left off.

wow, great post. it gave me a lot of useful information. I look forward to your next posts.

The role of a keynote speaker is literally to set the “key note” for the conference or event. They are responsible for the establishing the basic tone and tenor

Hello morristownbooks.org admin, Thanks for the well-organized and comprehensive post!