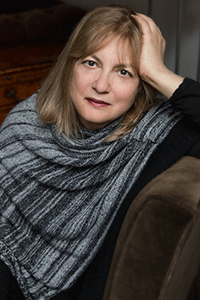 Alice Hoffman is the author of more than 30 works of fiction, including The Rules of Magic, The Marriage of Opposites, Practical Magic, The Red Garden, the Oprah’s Book Club selection Here on Earth, The Museum of Extraordinary Things, and The Dovekeepers. She has also written three books of short fiction and eight books for children and young adults, including Aquamarine, Green Angel, and the New York Times best seller The Ice Queen. She lives near Boston.

This spellbinding prequel to Hoffman’s best seller, Practical Magic, recalls the curse of love that fell upon the Owens family in 1620, and hundreds of years later, follows the Owens children as they uncover family secrets and begin to understand the truth of who they are. Set in New York City, the novel follows each child desperately trying to escape the family’s curse––though each learns that they cannot escape love even if they try, just as they cannot escape the pains of the human heart.

Blogs are a fantastic method to share your thoughts and also concepts with the world. They are likewise a fantastic means to construct your personal brand name.A blog site is a website that contains short articles or articles on a certain subject. Blog sites can be used for individual use, service use, or both.