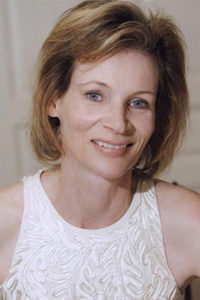 Andrea E. Mays has degrees in economics from the State University of New York at Binghamton and from UCLA, and teaches economics at California State University at Long Beach. Like Henry Folger, she is a native New Yorker and has had a lifelong Shakespeare obsession. A student of Frank McCourt, she spent much of her Manhattan girlhood in the New York Public Library listening to vinyl LP recordings of performances by the Royal Shakespeare Company.

When Shakespeare died, no one believed he’d be celebrated as the greatest author in the history of the English language. As a memorial from his two friends, his little-known plays and manuscripts were published in a book. The First Folio has since become one of the most important and most valuable books in the world. Mays recounts the thrilling tale of two mysterious men—a brilliant author and his obsessive collector—separated by space and time. It is a tale of two cities—Elizabethan and Jacobean London and Gilded Age New York. It is a chronicle of two worlds—of art and commerce—that unfolded an ocean and three centuries apart. And it is the tale of the luminous book that saved the name of William Shakespeare “to the last syllable of recorded time.”