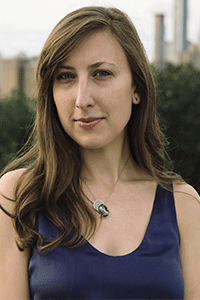 Angelica Baker was born and raised in Los Angeles. She received her bachelor’s degree from Yale University and her master of fine arts from Columbia University. She now lives in Brooklyn. Our Little Racket is her debut novel.

On September 15, 2008, Greenwich, Connecticut, is shaken. When the investment bank Weiss & Partners is shuttered, CEO Bob D’Amico must fend off allegations of malfeasance, as well as the judgment and resentment of his community. In the aftermath of this collapse, Bob D’Amico’s teenage daughter Madison begins to probe her father’s heretofore secret world for information. Four other women in Madison’s life—her mother, Isabel, her best friend, Amanda, her nanny, Lily, and family friend Mina—begin to question their own shifting roles in their insular, moneyed world. These five women must scramble to negotiate power on their own terms and ask themselves what—if anything—is worth saving.

Blogs are a great method to share your thoughts and also ideas with the world. They are also a great means to develop your personal brand.A blog is a site which contains articles or messages on a particular topic. Blogs can be made use of for individual use, company usage, or both.

To the morristownbooks.org owner, You always provide helpful information.

To the morristownbooks.org owner, Your posts are always well received by the community.