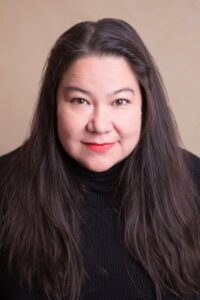 Brenda Shaughnessy was born in Okinawa, Japan, and grew up in Southern California. She is the author of three books of poetry, including Human Dark With Sugar (Copper Canyon, 2008), winner of the James Laughlin Award and finalist for the National Book Critics Circle Award, and Our Andromeda (Copper Canyon, 2012), which was a New York Times Book Review “100 Notable Books of 2013.” Shaughnessy’s poems have appeared in Best American Poetry, Harper’s, The Nation, The Rumpus, The New Yorker, and The Paris Review. She is an assistant professor of English at Rutgers University, Newark, and lives in Brooklyn with her husband, son, and daughter.

The Octopus Museum’s poems blaze forth from Brenda Shaughnessy’s pen. Through her craft and experiences as a mother and feminist, we see that what was once a generalized fear for our children (car accidents, falling from a tree) is now hyper-reasonable, specific, and multiple: school shootings, nuclear attack, loss of health care, a polluted planet. As Shaughnessy conjures our potential future, she movingly (and often with humor) envisions an age where cephalopods might rule over humankind, a fate she suggests we may just deserve after destroying their oceans.

This collection of bold and beautiful poems is the battle cry of a woman who is fighting for the survival of the world she loves and a commentary on where we are as a civilization.