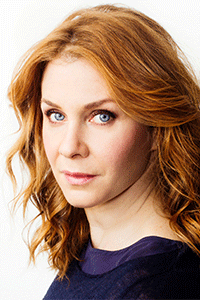 Carolyn Murnick is an editor at New York magazine. She received an Emerging Writer Fellowship from the Aspen Institute in 2014. Her personal essays have appeared in two anthologies: Before and After: Stories from New York and Lost and Found: Stories from New York. She grew up in Bernardsville, New Jersey, and lives in Brooklyn.

MFOB FEATURED BOOK: The Hot One

A gripping memoir of friendship with a tragic twist. As girls growing up in rural New Jersey in the late 1980s, Ashley and author Carolyn had everything in common. Only when the girls attended different high schools did they begin to grow apart. While Carolyn struggled to fit in, Ashley quickly became a hot girl: popular, extroverted, and sexually precocious. After high school, Carolyn entered college in New York City and Ashley ended up in Los Angeles, where she quit school to work as a stripper and an escort, dating actors and older men and experimenting with drugs. Ashley was stabbed to death at age 22 in her Hollywood home. The man who may have murdered Ashley—an alleged serial killer—now faces trial. Carolyn Murnick traveled across the country to learn more about her magnetic and tragic friend. Part coming-of-age story, part true-crime mystery, The Hot One is a behind-the-scenes look at the drama of a trial and the poignancy of searching for the truth about a friend’s truly horrifying murder.

Wonder flicks are an excellent way to invest your leisure time. They have lots of action, experience, and wit. You can see them on-line totally free on Wonder’s site.The Wonder Cinematic Universe is a collection of superhero movies based upon personalities that show up in comics published by Wonder Comics. The MCU is the common universe in which all of the movies are established.

Hello! Do you know if they make any plugins to protect against hackers?I’m kinda paranoid about losing everything I’ve worked hard on.Any suggestions?

The article I saw was interesting because of the presentation.

Hi morristownbooks.org admin, Your posts are always informative and well-explained.