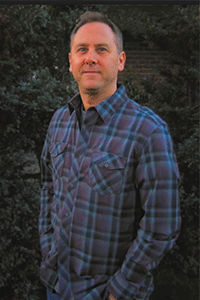 Christopher Eliopoulos began his illustration career as a letterer for Marvel and has worked on thousands of comics, including Franklin Richards: Son of a Genius, Pet Avengers, and Cow Boy, all of which he wrote and illustrated. He is the illustrator of the New York Times best-selling Ordinary People Change the World series of picture book biographies. He lives in New Jersey with his wife and their identical twin sons.

I am Neil Armstrong: This friendly, fun biography series focuses on the traits that made our heroes great—the traits that kids can aspire to in order to live heroically themselves. Each book tells the story of one of America’s icons in a lively, conversational way that works well for the youngest nonfiction readers and that always includes the hero’s childhood influences. This volume tells the story of Neil Armstrong, the first person to walk on the moon.

Monster Mayhem: In this funny, action-packed graphic novel adventure, a science-obsessed girl finds herself in the middle of one of her favorite monster movies. Can she invent her way out of disaster while also saving the monster who has become her friend?

I love the comics of Christopher Eliopoulos. He drew the details of the story in great detail and clearly portrayed the character’s personality.