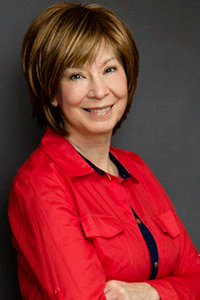 Diane Chamberlain is the New York Times, USA Today and Sunday Times best-selling author of 25 novels published in more than 20 languages. Influenced by her former career as a social worker and psychotherapist, she writes suspenseful stories that touch both heart and mind. Born and raised in Plainfield, New Jersey, Diane now resides in Raleigh, North Carolina.

When Carly Sears, a young woman widowed by the Vietnam War, receives the news that her unborn baby girl has a heart defect, she is devastated. It is 1970, and she is told that nothing can be done to help her child. But her brother-in-law, a physicist with a mysterious past, tells her that perhaps there is a way to save her baby. What he suggests is something that will shatter every preconceived notion that Carly has. Something that will require a kind of strength and courage she never knew existed—all for the love of her unborn child. The Dream Daughter is a rich, genre-spanning, breathtaking novel about one mother’s quest to save her child, unite her family, and believe in the unbelievable. Diane Chamberlain pushes the boundaries of faith and science to deliver a novel that you will never forget.

I do not even know how I ended up here, but I thought this post was good.
I don’t know who you are but certainly you’re going to a famous blogger
if you aren’t already ;) Cheers!

I’m not sure where you are getting your info, but good topic.
I needs to spend some time learning much more or understanding more.
Thanks for fantastic info I was looking for this info
for my mission.

It’s appropriate time to make some plans for the future and it is
time to be happy. I have read this post and if I could
I want to suggest you few interesting things or advice. Perhaps you can write next articles referring
to this article. I desire to read more things about
it!

Thanks for one’s marvelous posting! I genuinely
enjoyed reading it, you could be a great author.I will remember to bookmark your blog and may come back very soon. I want to encourage you to definitely continue your great work, have a nice weekend!

I absolutely love your website.. Pleasant colors
& theme. Did you create this website yourself? Please reply
back as I’m hoping to create my own personal site
and want to know where you got this from or exactly what the theme
is called. Many thanks!

I loved as much as you’ll receive carried out right here.
The sketch is tasteful, your authored material stylish.
nonetheless, you command get got an impatience over that you wish
be delivering the following. unwell unquestionably
come further formerly again since exactly the same nearly a lot often inside case you shield this increase.

Hi there! I could have sworn I’ve been to this web site before but after browsing through many of the
posts I realized it’s new to me. Anyways, I’m certainly delighted I stumbled upon it
and I’ll be book-marking it and checking back frequently!

Very nice post. I just stumbled upon your blog and
wanted to say that I have really enjoyed browsing your blog posts.
In any case I’ll be subscribing to your rss feed and I hope you write again soon!

I’m really enjoying the design and layout of your website.
It’s a very easy on the eyes which makes it much more pleasant
for me to come here and visit more often. Did
you hire out a developer to create your theme? Great work!

Thanks for finally writing about > Diane Chamberlain – Morristown Festival of Books < Loved it!

Hello! I’m at work browsing your blog from my new iphone 4!

Just wanted to say I love reading your blog and look forward to
all your posts! Carry on the superb work!

It’s a pity you don’t have a donate button! I’d certainly donate to this outstanding blog!
I suppose for now i’ll settle for bookmarking and
adding your RSS feed to my Google account. I look
forward to new updates and will talk about this blog
with my Facebook group. Chat soon!

That is really fascinating, You are an excessively professional blogger.
I have joined your feed and look ahead to looking for more of your
great post. Also, I have shared your web site in my social networks

I really like your blog.. very nice colors & theme. Did you design this website yourself or did you hire someone to do it for you? Plz reply as I’m looking to construct my own blog and would like to know where u got this from. cheers

Hi, I wish for to subscribe for this web site to take most recent updates,
therefore where can i do it please help.

Hurrah, that’s what I was looking for, what a information! existing here at this webpage, thanks admin of this web site.|

Hello there! I could have sworn I’ve been to this website before but after checking through some
of the post I realized it’s new to me. Nonetheless, I’m definitely happy I found it
and I’ll be book-marking and checking back often!

I constantly spent my half an hour to read this webpage’s
articles everyday along with a cup of coffee.

Excellent, what a web site it is! This weblog presents useful facts to us,
keep it up.

After looking over a handful of the blog posts on your site, I truly
like your way of blogging. I saved as a favorite it
to my bookmark webpage list and will be checking back in the near
future. Please visit my web site as well and tell me your
opinion.

I every time emailed this web site post page to all
my friends, as if like to read it then my contacts will too.

My family all the time say that I am killing
my time here at web, except I know I am getting know-how daily by reading such pleasant posts.

Can you tell us more about this? I’d like to find out more details.

Thanks for your personal marvelous posting! I definitely enjoyed reading it,
you may be a great author.I will make sure to bookmark your blog and may come back at some point.
I want to encourage continue your great job, have a nice weekend!

Howdy! I know this is kinda off topic however
, I’d figured I’d ask. Would you be interested in trading links or maybe guest
writing a blog post or vice-versa? My website goes over a lot of
the same topics as yours and I think we could greatly
benefit from each other. If you’re interested feel free to send me an e-mail.
I look forward to hearing from you! Awesome blog by the way!

Thanks to my father who stated to me on the topic of this blog, this website is in fact
remarkable.

I visit day-to-day some web pages and information sites to read
posts, but this weblog provides feature based content.

What i do not realize is if truth be told how you’re no longer actually a lot
more neatly-liked than you might be right now. You are very intelligent.
You know thus significantly on the subject of this matter,
produced me for my part imagine it from so many various angles.
Its like men and women are not interested except it’s one thing to do with Woman gaga!
Your individual stuffs outstanding. All the time deal with
it up!

I always used to study post in news papers but now as I am a user of internet therefore
from now I am using net for articles or reviews, thanks to web.