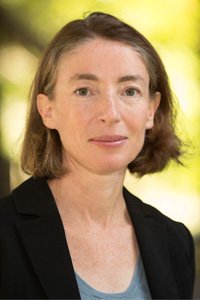 Emma Sky is the director of Yale World Fellows. She served in Iraq in 2003 and 2004 as the governorate coordinator of Kirkuk, and from 2007 to 2010 as political adviser to General Raymond T. Odierno, the commanding general of U.S. Forces in Iraq. Emma is an Officer of the British Empire. She lives in Connecticut.

When Emma Sky volunteered to help rebuild Iraq after the overthrow of Saddam Hussein in 2003, her tour was only supposed to last three months. She went on to serve there longer than any other senior military or diplomatic figure, giving her an unrivaled perspective on the entire conflict. Here is an intimate insider’s intimate portrait of how and why the Iraq adventure failed. Sky exposes the failures of the policies of both Republicans and Democrats, and the lessons that must be learned about the limitations of power.