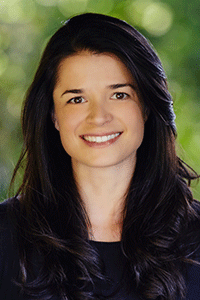 When Georgia Hunter was 15 years old, she learned that she came from a family of Holocaust survivors. We Were the Lucky Ones was born of her quest to uncover her family’s staggering history. Hunter’s website offers a behind-the-scenes glimpse at the extensive research this project has entailed. She lives in Connecticut.

MFOB FEATURED BOOK: We Were the Lucky Ones

In the spring of 1939, three generations of the Kurc family do their best to live normal lives, even as the shadow of war creeps closer. When the horrors of the Holocaust take over, one sibling is forced into exile, another attempts to flee the continent, while others struggle to escape certain death, either by working grueling hours on empty stomachs in the factories of the ghetto or by hiding as gentiles in plain sight. Driven by an unwavering will to survive and by the fear that they may never see one another again, the Kurcs rely on hope, ingenuity, and inner strength to persevere through one of the darkest moments of the 20th century.

Blog sites are a terrific method to share your ideas and ideas with the world. They are likewise an excellent means to construct your personal brand.A blog site is a website which contains short articles or posts on a specific topic. Blog sites can be used for personal usage, business use, or both.