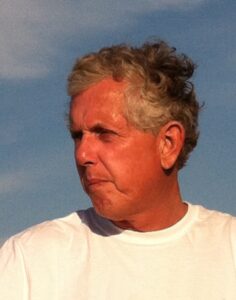 Gilbert M. Gaul grew up in Kearny, New Jersey, and attended St. Benedict’s Prep in Newark. For more than 35 years, he was a reporter at the Washington Post, Philadelphia Inquirer, and other newspapers. In 1979, he was awarded the Pulitzer Prize (along with Elliot Jaspin) for investigative reporting for a series on the collapse of the Blue Coal Corporation. He won a second Pulitzer in 1990 (for public service) for a series analyzing safety flaws in the nation’s blood supply. He was also short-listed for Pulitzers in 1990, 1994, 2001, and 2007. Gaul was a Nieman fellow at Harvard University, concentrating on business and economics, and was a Ferris Professor at Princeton University.

Five of the most expensive hurricanes in history have made landfall since 2005: Katrina ($160 billion), Ike ($40 billion), Sandy ($72 billion), Harvey ($125 billion), and Maria ($90 billion). With more property in harm’s way, and the planet and oceans warming dangerously, it won’t be long before we see a $250 billion hurricane. Why? Because Americans have built $3 trillion worth of property in some of the riskiest places on earth: barrier islands and coastal floodplains.

The Geography of Risk explains the array of federal subsidies, tax breaks, low-interest loans, grants, and government flood insurance that encourages such development and shifts the risk of life at the beach from private investors to public taxpayers. Gilbert M. Gaul argues that these incentives have caused one of the worst planning failures in American history, and the costs to taxpayers are reaching unsustainable levels.

The Geography of Risk will change the way you think about the coasts, from the clash between economic interests and nature to the heated politics of regulators and developers.