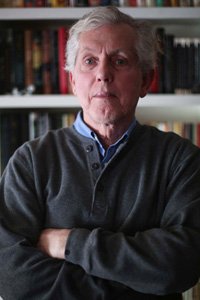 Gilbert M. Gaul twice won the Pulitzer Prize and has been short-listed for this prestigious award four other times. For more than 35 years, he worked as an investigative journalist for the Washington Post, the Philadelphia Inquirer, and other newspapers. He has reported on nonprofit organizations, the business of college sports, homeland security, the black market for prescription drugs, and problems in the Medicare program. He was a Nieman Fellow at Harvard University and a Ferris Fellow at Princeton University. He lives in Cherry Hill, New Jersey.

Over the past decade, college football has become a $2.5 billion-a-year entertainment business. Profit margins at the top football schools dwarf those of Apple, Microsoft, and Facebook, yet teams aren’t required to pay taxes. In this riveting and shocking look inside the money culture of college football, Gaul examines the consequences of college coaches being among the highest-paid public employees in the country and of  players receiving 10 times more in scholarship awards than academically gifted students, as football reframes campus values and academic missions.