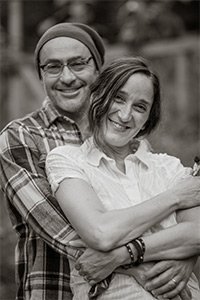 Jacky Davis and David Soman are the husband-and-wife creative team behind the New York Times best-selling Ladybug Girl series. They write the Ladybug Girl books together and then David does the illustrations. All of the stories are based on their own children and family experiences, many of which take place right in their own backyard in upstate New York. Jacky Davis has worked in publishing and television and David Soman comes from a family of artists. He is an instructor at the School of Visual Arts in New York City.

Ladybug Girl and Grandpa visit the museum in the New York Times best-selling series’ latest picture book! Lulu wants to learn everything, but she discovers that sometimes you have to slow down to appreciate the wonder of what’s around you.