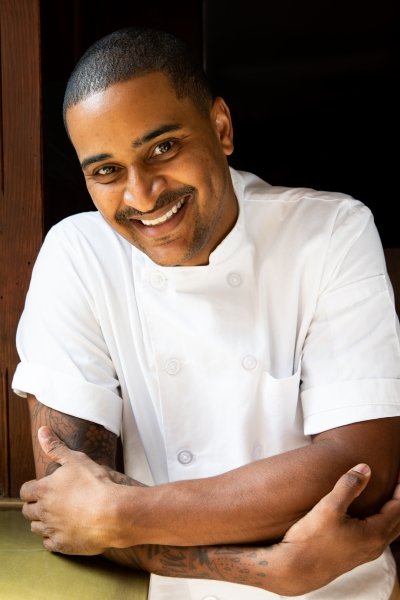 JJ Johnson is a James Beard Award-winning chef and author, best known for cooking the food of the African Diaspora. He is a chef on Buzzfeed’s Tasty platform and television host of Just Eats with Chef JJ. Chef JJ is a founder of two New York-based restaurants: Henry at Life Hotel, recently named one of the Best New Restaurants in America by GQ Magazine and one of the Top 10 Best New Restaurants of 2018 by the New York Times, and FieldTrip in Harlem, highlighting rice traditions from around the world with globally-inspired flavors. Chef JJ’s signature style of transforming simple cuisine with bold ingredients was inspired by the Caribbean tastes he grew up with, combined with inspiration from his travels and his signature R+B and hip-hop playlist.

Winner of the James Beard Award for Best American Cookbook.

Celebrated chefs JJ Johnson and Alexander Smalls have created a unique take on the Afro-Asian-American flavor profile. They’ve spent a collective three decades traveling the African diaspora, meeting and eating with chefs of color, and researching how African, Asian, and African-American influences crisscrossed cuisines all around the world. They present here for the first time over 100 recipes that go beyond just one place, taking you, as noted by The New Yorker, “somewhere between Harlem and heaven.”

This book branches far beyond “soul food” to explore the melding of Asian, African, and American flavors. The Afro Asian flavor profile is a window into the intersection of the Asian diaspora and the African diaspora. An homage to this cultural culinary path and the grievances and triumphs along the way, Between Harlem and Heaven isn’t fusion, but a glimpse into a cuisine that made its way into the thick of Harlem’s cultural renaissance.

Complete with essays on the history of Minton’s Jazz Club, the melting pot that is Harlem, and the Afro-Asian flavor profile by best-selling coauthor Veronica Chambers, who just published the wildly successful Yes, Chef by Marcus Samuelsson, this cookbook brings the rich history of the Harlem food scene back to the home cook.