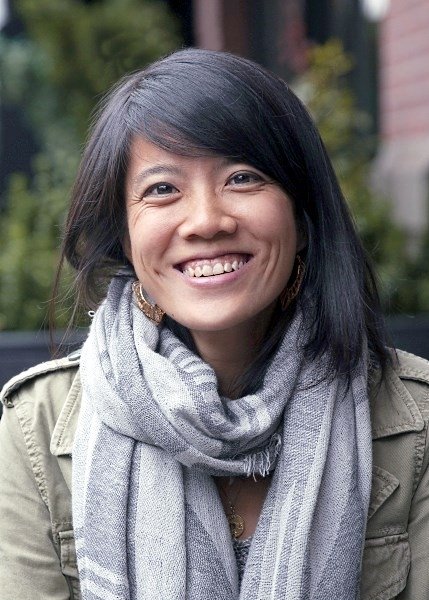 Originally from California, Karina came to New York City for college and has stuck around for nearly 20 years. She has had a varied career teaching and implementing literacy programs in family homeless shelters and recruiting healthcare professionals to volunteer in under-resourced areas around the world. Now as a mother, one of her proudest achievements is raising two kids who can’t go anywhere without a book. She lives in Harlem with her husband, two daughters, and an assortment of rescued animals.

MFOB FEATURED BOOK: The Vanderbeekers to the Rescue

It’s springtime in Harlem, and the Vanderbeeker kids have one glorious week off from school. Their plans include preparing for a high stakes violin audition (Isa), working on the best science fair project ever (Jessie), building the treehouse of his dreams (Oliver), knitting a pair of house slippers for Franz (Hyacinth), and practicing flips (Laney).

Their plans do not include single-handedly destroying Mama’s baking business.

While the kids race against the clock to fix their epic mistake, they realize that nothing is as easy as it seems, especially when mysterious packages arrive at their door and threaten to ruin everything. In this third book in the Vanderbeeker series, revisit the warmth of the brownstone on 141st Street and watch the Vanderbeekers bring a little more joy and kindness to the neighborhood, one hilarious, impossible plan at a time.