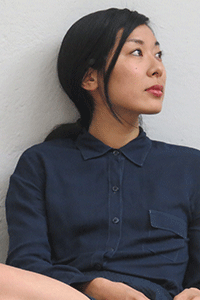 Katie Kitamura is a critic and novelist living in New York City. She is the author of Gone to the Forest and The Longshot, both of which were finalists for the New York Public Library’s Young Lions Fiction Award. A recipient of a Lannan Residency Fellowship, Kitamura has written for The New York Times, The Guardian, Granta, BOMB, and Triple Canopy and is a regular contributor to Frieze.

When a young woman agrees with her faithless husband that it’s time for them to separate, she attempts to keep it a private matter. As she begins her new life, she hears that Christopher has gone missing in a remote, rugged region of southern Greece. Reluctantly agreeing to look for him, her search comes to a shocking breaking point, and she discovers that she understands less than she thought she did about her relationship with the man she used to love, and about love itself.