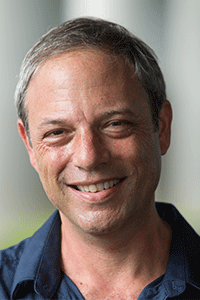 Kevin Davis is a Chicago-based journalist and the author of Defending the Damned and The Wrong Man. His award-winning writing has appeared in USA Today, The Chicago Tribune, The Utne Reader, Chicago Magazine, The Rumpus, Writer’s Digest, and other publications. He is a former staff reporter for the Sun-Sentinel in Florida and is an editor at the American Bar Association Journal.

MFOB FEATURED BOOK: The Brain Defense: Murder in Manhattan and the Dawn of Neuroscience in America’s Courtrooms

In 1991, the police were called to East 72nd St. in Manhattan, where a woman’s body had fallen from a 12th-story window. The woman’s husband, Herbert Weinstein, soon confessed to having hit and strangled his wife after an argument, then dropping her body out of their apartment window to make it look like a suicide. Shortly after Weinstein was arrested, an MRI revealed a cyst the size of an orange on his brain’s frontal lobe, the part of the brain that governs judgment and impulse control. It was the first case in the United States in which a judge allowed a scan showing a defendant’s brain activity to be admitted as evidence to support a claim of innocence. Journalist Kevin Davis uses the perplexing story of the Weinstein murder to present a riveting, deeply researched exploration of the intersection of neuroscience and criminal justice.