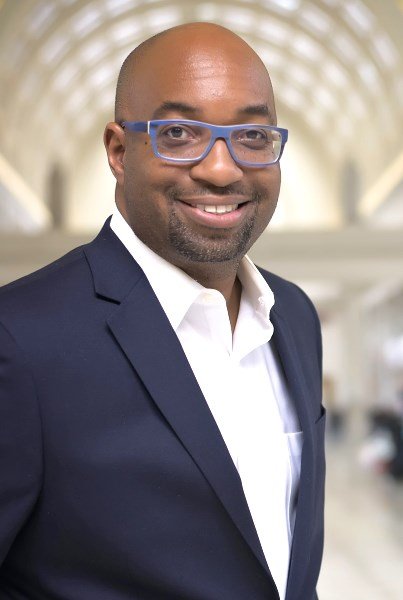 Kwame Alexander is a poet, educator, and the New York Times best-selling author of 32 books, including Swing, Rebound, which was shortlisted for prestigious Carnegie Medal, The Undefeated, illustrated by Kadir Nelson, How to Read a Book, illustrated by Melissa Sweet, and his Newbery Medal-winning middle-grade novel, The Crossover. A regular contributor to NPR’s Morning Edition, Kwame is the recipient of numerous awards, including The Coretta Scott King Author Honor, three NAACP Image Award nominations, and the 2017 Inaugural Conroy Legacy Award. In partnership with Follett Book Fairs, he created the #AllBooksForAllKids initiative to bring more diverse books into school libraries. In 2018, he opened the Barbara E. Alexander Memorial Library and Health Clinic in Ghana as a part of LEAP for Ghana, an international literacy program he co-founded. Kwame is the founding editor of Versify, an imprint of Houghton Mifflin Harcourt that aims to “change the world one word at a time.”

The Crossover is now a graphic novel!

“With a bolt of lightning on my kicks … The court is SIZZLING. My sweat is DRIZZLING. Stop all that quivering. ’Cuz tonight I’m delivering,” raps 12-year-old Josh Bell. Thanks to their dad, he and his twin brother, Jordan, are kings on the court. But Josh has more than basketball in his blood — he’s got mad beats, too, which help him find his rhythm when it’s all on the line.

See the Bell family in a whole new light through Dawud Anyabwile’s dynamic illustrations as the brothers’ winning season unfolds, and the world as they know it begins to change.