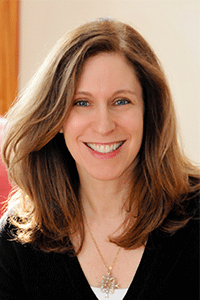 Lauren Tarshis’s acclaimed and best-selling I Survived series, which has more than 23 million copies in print to date, tells stories of young people and their resilience and strength in the midst of unimaginable disasters. Lauren has brought her warmth and comprehensive research to topics such as the sinking of the Titanic, the destruction of Pompeii, Hurricane Katrina, and the bombing of Pearl Harbor. In addition to being an author, Lauren is the editor of Storyworks, an acclaimed national language arts classroom magazine for grades 4-6, and the newly launched Storyworks Jr. for grade 3. She lives in Westport, Connecticut.

The battlefield was soaked in blood. Screams of injured soldiers rang through the air. Eleven-year-old Nathaniel Knox knelt behind a rock, his gun clutched in his shaking hands. Nate had been heading to New York City to find his father, but now he was trapped in a terrible gunfight between American and British troops. This Revolutionary War had started as a thrilling fight for freedom, but America was being crushed by the mighty British army. General George Washington’s army was in tatters. All Nate wanted was to find his father… and to get out of here alive.

Hello morristownbooks.org owner, Thanks for the well-written and informative post!

Hi morristownbooks.org admin, Thanks for the valuable information!