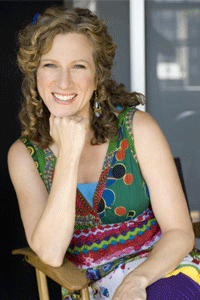 Laurie Berkner is a singer, songwriter, lyricist, author, and founder of Two Tomatoes Records. She has released 11 bestselling, award-winning albums, was the first recording artist ever to perform in music videos on Nick Jr., and appeared regularly on the network’s Jack’s Big Music Show. Laurie helped develop the short-form animated series, Sing It, Laurie!, on the 24-hour preschool television channel Sprout, and has written music and lyrics for two off-Broadway children’s musicals.

MFOB FEATURED BOOK: We Are the Dinosaurs
(Ages 3-6)

Laurie Berkner’s chart-topping, beloved hit, “We Are the Dinosaurs,” is now a picture book! Featuring an adorable cast of characters and vibrant, playful art, We Are the Dinosaurs transports readers back in time to when the dinosaurs roamed the earth. 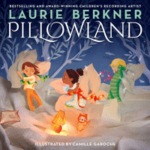 Be the first to get Laurie’s newest book, Pillowland-available at the festival before publication!

I do not know if it’s just me or if everybody else experiencing issues with your site.

It appears as if some of the written text on your posts are
running off the screen. Can someone else please provide feedback and let me know if this
is happening to them too? This could be a issue with my web browser because I’ve had this happen previously.
Many thanks

When someone writes an post he/she retains the
thought of a user in his/her mind that how a user can know it.

When I initially commented I clicked the “Notify me when new comments are added” checkbox and now each time
a comment is added I get four e-mails with the same comment.
Is there any way you can remove me from that
service? Many thanks!

I have to thank you for the efforts you have put in penning this website.
I really hope to see the same high-grade content from you later on as well.
In truth, your creative writing abilities has motivated
me to get my own, personal blog now ;)

When some one searches for his essential thing, so he/she
wishes to be available that in detail, thus that thing is maintained over here.

magnificent put up, very informative. I ponder why
the opposite experts of this sector do not understand this.
You must continue your writing. I’m confident, you have a
huge readers’ base already!

always i used to read smaller content which as well clear their
motive, and that is also happening with this post which
I am reading at this time.

Hi there colleagues, its impressive paragraph on the topic of educationand completely
explained, keep it up all the time.

Oh my goodness! Awesome article dude! Thank you,
However I am experiencing issues with your RSS. I don’t
know why I cannot subscribe to it. Is there anybody else getting similar RSS issues?
Anyone that knows the answer can you kindly respond?
Thanx!!

Heya i am for the primary time here. I found this board and
I in finding It truly useful & it helped me out much.
I hope to present something again and aid others such as
you helped me.

I have been browsing online more than three hours today, yet I never found any interesting article like
yours. It’s pretty worth enough for me. In my view, if all webmasters
and bloggers made good content as you did, the web will be much more useful than ever before.

Attractive section of content. I just stumbled upon your web site and in accession capital to assert that I get actually enjoyed
account your blog posts. Any way I’ll be subscribing to your augment and
even I achievement you access consistently fast.

After I initially commented I appear to have clicked
the -Notify me when new comments are added-
checkbox and now whenever a comment is added I receive
4 emails with the exact same comment. Is there a way you are able to remove me from that service?

If you wish for to get much from this article then you have to apply these methods to your won website.

What’s up, I check your blogs daily. Your story-telling style is witty, keep it up!

Everything is very open with a very clear clarification of the challenges.
It was really informative. Your website is useful.
Many thanks for sharing!

Currently it looks like WordPress is the preferred blogging platform available right now. (from what I’ve read) Is that what you are using on your blog?

Way cool! Some very valid points! I appreciate you penning this write-up and the
rest of the website is also very good.

Oh my goodness! Amazing article dude! Thank you so much, However I am going through issues with your RSS. I don’t understand why I can’t join it. Is there anybody getting identical RSS problems? Anyone that knows the answer will you kindly respond? Thanks!!

Pretty component of content. I simply stumbled upon your site and in accession capital to claim that I get actually loved account your weblog posts. Any way I will be subscribing in your feeds and even I success you get entry to constantly fast.|

Hi, I do believe this is a great site. I stumbledupon it ;) I’m going to revisit once again since i have bookmarked it.
Money and freedom is the best way to change, may you be rich and continue to
help others.

We are a group of volunteers and opening a new scheme in our community.
Your site offered us with valuable information to work on. You have done an impressive job
and our entire community will be grateful to you.

hello!,I really like your writing very a lot!
percentage we keep up a correspondence extra about your article on AOL?
I require an expert in this house to unravel my problem. Maybe that’s
you! Having a look forward to peer you.

If some one wants expert view on the topic of blogging after that i advise him/her to visit this webpage, Keep up the fastidious
job.

I feel this is one of the so much vital information for me.

And i’m glad studying your article. But should observation on few
basic things, The website taste is wonderful, the articles
is in point of fact excellent : D. Good job, cheers

Great post. I was checking continuously this blog and I’m impressed!

Very useful information specifically the last part :) I care for such
info much. I was looking for this particular info for a very long time.
Thank you and good luck.

I think that is one of the most vital information for me.
And i am glad studying your article. But want to observation on some normal things, The website style is great,
the articles is actually excellent : D. Good activity, cheers

Fantastic items from you, man. I’ve take into account your stuff previous to and you’re
simply too fantastic. I really like what you have got right here,
really like what you’re stating and the way by which you
are saying it. You are making it enjoyable and you still take care of to stay it smart.
I can’t wait to learn much more from you. This is actually a tremendous site.

This blog was… how do you say it? Relevant!!
Finally I have found something that helped me.
Thanks!

I’ve learn some good stuff here. Definitely value bookmarking for revisiting.
I surprise how so much effort you place to make one of these magnificent informative
web site.

I like the helpful information you provide in your articles.

I will bookmark your weblog and check again here regularly.
I’m quite certain I’ll learn a lot of new stuff right here!
Good luck for the next!

What’s up mates, its impressive article on the topic of teachingand entirely explained, keep it up all the time.

Thank you for sharing your thoughts. I truly appreciate your efforts and I
will be waiting for your further write ups thanks
once again.

Everyone loves it whenever people come together and share thoughts.
Great site, keep it up!

Spot on with this write-up, I really think this website needs far more attention. I’ll probably be returning to read more, thanks for the advice!

Fantastic goods from you, man. I’ve understand your
stuff previous to and you’re just too excellent. I really like what you’ve
acquired here, really like what you are saying and the way in which you say
it. You make it enjoyable and you still take care of to keep it wise.
I can’t wait to read much more from you. This is actually
a tremendous web site.

Heya! I just wanted to ask if you ever have any issues with hackers?
My last blog (wordpress) was hacked and I ended up losing several weeks of hard
work due to no data backup. Do you have any solutions to prevent hackers?

May I simply say what a relief to discover somebody that
actually knows what they are talking about online.
You actually know how to bring a problem to light and make it important.
More people need to read this and understand this side of your story.
I was surprised that you aren’t more popular since you definitely
have the gift.