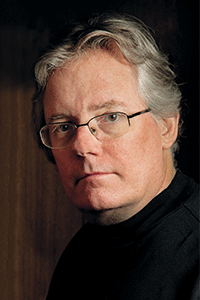 Lincoln Child is the New York Times best-selling author of The Forgotten Room, The Third Gate, Terminal Freeze, Deep Storm, Death Match, and Utopia, as well as coauthor, with Douglas Preston, of numerous New York Times best sellers, most recently The Obsidian Chamber. He lives with his wife and daughter in Morristown, New Jersey.

Jeremy Logan—an investigator who specializes in making sense of phenomena that have no obvious explanation—is back in his most action-packed, white-knuckled novel. Logan travels to an isolated writers’ retreat deep in the Adirondacks to find its remote community rocked by the discovery of a dead hiker on Desolation Mountain. As Logan gets to know the remote landscape and characters in the community, he realizes he’s up against something he has never seen before.