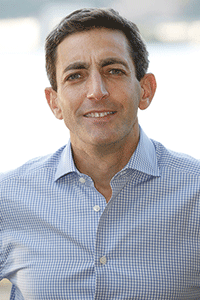 Matthew Futterman is a senior special writer for sports with The Wall Street Journal. He has previously worked for The Philadelphia Inquirer and the Star-Ledger of New Jersey, where he was a part of the team that won the Pulitzer Prize for Breaking News in 2005. He lives in New York with his wife and children.

In the cash-soaked world of contemporary sports, where every season brings news of higher salaries, endorsement deals, and television contracts, it is mind-boggling to remember that as recently as the 1970s, elite athletes earned so little money that many were forced to work second jobs in the off-season. Players is the first book to tell the astonishing narrative behind the creation of the modern sports business—a true revolution that moved athletes from the bottom of the financial pyramid to the top. “A remarkable saga . . . filled with insights not only into sports, but also into human nature” (The Dallas Morning News), Players features landmark moments, including the multiyear battle to free Arnold Palmer from a bad deal with the Wilson Sporting Goods Company; the 1973 Wimbledon boycott, when 81 of the top tennis players in the world protested the suspension of Nikola Pilić; baseball pitcher Catfish Hunter’s battle to become MLB’s first free agent; and how NFL executives transformed pro football from a commercial dud to the greatest show on earth.