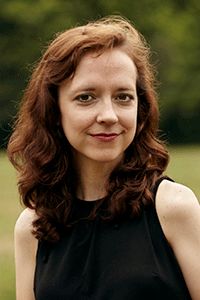 Megan Abbott is the award-winning author of nine novels, including You Will Know Me, The Fever, Dare Me, and The End of Everything. She received her Ph.D. in literature from New York University. Her writing has appeared in the New York Times, the Wall Street Journal, Los Angeles Times Magazine, the Guardian, and The Believer. Currently, she is a staff writer on HBO’s David Simon show, The Deuce. She lives in New York City.

MFOB FEATURED BOOK: Give Me Your Hand

Kit Owens harbored only modest ambitions for herself when the mysterious Diane Fleming appeared in her high school chemistry class. But Diane’s academic brilliance lit a fire in Kit, and the two developed an unlikely friendship . . . until Diane shared a secret that changed everything between them. More than a decade later, Kit thinks she’s put Diane behind her forever, and she’s begun to fulfill the scientific dreams Diane awakened in her. But the past comes roaring back when Kit discovers that Diane is her competition for a position both women covet, taking part in groundbreaking new research led by their idol. Soon enough, the two former friends find themselves locked in a dangerous game of cat-and-mouse that threatens to destroy them both.

« BACK to Past Authors Page