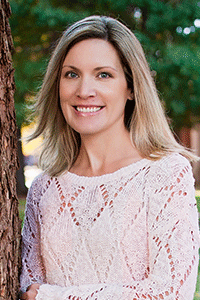 Megan Miranda is the author of All the Missing Girls and The Perfect Stranger.  She has also written several books for young adults, including Fracture, Hysteria, Vengeance, and Soulprint. She grew up in New Jersey, attended MIT, and lives in North Carolina with her husband and two children.

Leah Stevens is in desperate need of a fresh start. Once a star reporter, she’s lost her job at a Boston paper and damaged her professional reputation beyond repair. But salvation arrives when she is unexpectedly reunited with her old roommate, Emmy Grey. Leah and Emmy relocate to a small town with hopes of starting new chapters. But within a week, a woman who looks just like Leah is left for dead close by, and Emmy goes inexplicably missing. When the local police are unable to find any trace of Emmy, they begin to question Leah’s credibility—and her possible role in the crime. Leah knows there’s only one way to clear her name: Find Emmy Grey. But what if Emmy Grey never existed at all?