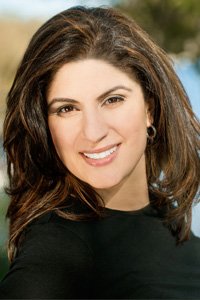 Nadia Hashimi was born and raised in New York and New Jersey. She is the daughter of Afghan immigrants who fulfilled their American dream and established roots in the United States. Nadia attended Brandeis University and went on to graduate from medical school and train in pediatrics at NYU/Bellevue Hospitals. Her debut novel, The Pearl That Broke Its Shell, was an international bestseller. She advocates for gender equality and shares the joy of parenting four curious children with her husband in Maryland.

MFOB FEATURED BOOK: A House Without Windows (to be published August 2016)

In a village in Afghanistan, Zeba, a dutiful wife, returns home to find her husband brutally murdered with a hatchet. Barely escaping a vengeful mob, she is arrested. As Zeba awaits trial, she meets a group of women whose own misfortunes have also led them to these bleak cells—one unmarried and pregnant, one seeking protection from an “honor” killing, one a runaway teen. For these modern Afghan women, the prison is both a haven and a punishment. When an Afghan-born American lawyer arrives into their closed world, he discovers that, like Afghanistan itself, his client may not be at all what he imagines.