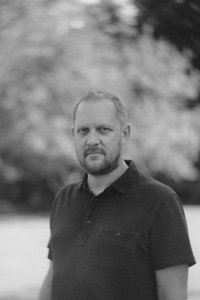 Peter Swanson is the author of thriller novels, and the Boston Globe named The Girl with a Clock for a Heart one of the Best Crime Books of 2014. His poems, stories, and reviews have appeared in such journals as The Atlantic, Asimov’s Science Fiction, Epoch, Measure, Notre Dame Review, Soundings East, and The Vocabula Review. Peter has degrees in creative writing, education, and literature from Trinity College, the University of Massachusetts at Amherst, and Emerson College. He lives with his wife and cat in Somerville, Massachusetts.

Ted meets Lily on a night flight and, after too many martinis, reveals a secret about his marriage. He suspects his wife is cheating on him and jokes that he could kill her for it. Without missing a beat, Lily says she’d like to help. After all, some people are the kind worth killing. Ted and Lily’s twisted bond grows stronger as they plot his wife’s demise. But Lily harbors dark secrets of her own, and soon the co-conspirators are caught in a chilling game of cat and mouse, one they cannot both survive.

Now I just take Bentyl half an hour before I eat, usually twice a
day, and I’m fine. Before I could never have eaten at a buffet, or
at a restaurant more than five minutes from home.

If I forget to take it, look out there better be a bathroom close by.
Bentyl has been a lifesaver for me. I can’t believe how much of a difference
it has made.