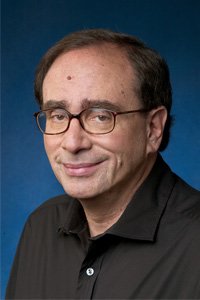 R.L. Stine is one of the best-selling children’s authors in history, and Goosebumps is one of the best-selling children’s series of all time—with more than 350 million English language books in print, plus an additional 50 million international copies in print in 32 languages. His other popular series include Fear Street, Mostly Ghostly, The Nightmare Room, and Rotten School. Other titles include: It’s The First Day of School . . . Forever, A Midsummer Night’s Scream, and his first picture book, with Marc Brown—The Little Shop of Monsters. The Goosebumps feature film, starring Jack Black, opened at #1 at the box office in 2015. R. L. Stine lives in New York City with his wife, Jane, an editor and publisher.

MFOB FEATURED BOOK: Lizard of Oz (Goosebumps: Most Wanted #10) (to be published September 2016)

When Kate Orton sees a pop-up ad on her computer for an amazing lizard from Australia, she has to have it. The ad says the lizard can change its color to blend in with its surroundings, and it can change its shape. Kate’s parents tell her not to be disappointed if it’s just a plain old lizard. After anxiously checking the mail every day for two weeks, the package finally arrives—but there’s no lizard inside. There’s only an egg with a written warning. Is Kate ready for what’s about to hatch?

Rick Scroogeman hates Christmas. He can’t stand the carols and the pageants. He can’t stand the lights and the mistletoe. But what he hates the most is having to watch the old movie A Christmas Carol every year at school. Since his name is Scroogeman, all of his classmates start calling him Scrooge. And he hates being called Scrooge. But everything starts to change when three ghosts visit him. At first, he thinks it’s a dream. But then he realizes that it might be a nightmare. A nightmare that could become real.

Wow, amazing blog format! How lengthy have you ever been blogging for?
you made running a blog look easy. The overall glance of
your web site is excellent, let alone the content!

Do you have a spam problem on this blog; I also am a blogger, and I was curious about your situation; many of
us have created some nice practices and we are looking to exchange solutions with other folks, why not shoot me an e-mail if interested.

Yesterday, while I was at work, my cousin stole my apple ipad and tested to see if it can survive a 30 foot drop, just so she
can be a youtube sensation. My apple ipad is now destroyed and she has 83
views. I know this is entirely off topic but I had to share
it with someone!

Hi to every body, it’s my first go to see of this weblog;
this website contains remarkable and genuinely fine stuff designed for
visitors.

It’s enormous that you are getting ideas from this paragraph as well as from our discussion made here.

I really love your site.. Great colors & theme. Did you make this site yourself?

Please reply back as I’m attempting to create my own site and want to find out where you got this from or what
the theme is called. Kudos!

Hey there, I think your blog might be having browser compatibility
issues. When I look at your blog site in Chrome,
it looks fine but when opening in Internet Explorer,
it has some overlapping. I just wanted to give you a quick heads up!
Other then that, terrific blog!

Hi just wanted to give you a quick heads up and let you
know a few of the images aren’t loading correctly. I’m not sure why but I think its a
linking issue. I’ve tried it in two different browsers and both show the
same results.

You’re so interesting! I don’t think I’ve read through anything like that before.

So wonderful to discover someone with genuine thoughts on this
issue. Seriously.. thanks for starting this up. This site is something that’s needed on the internet, someone with a bit
of originality!

You’ve made some really good points there. I checked on the net to
learn more about the issue and found most people will go along with your views on this web site.

Hi there! I could have sworn I’ve visited this website
before but after looking at many of the articles I realized it’s new to me.
Regardless, I’m definitely pleased I came across it and I’ll
be bookmarking it and checking back regularly!

Hiya very cool website!! Man .. Excellent .. Wonderful ..
I will bookmark your web site and take the feeds also? I am satisfied to search out numerous useful info here in the publish, we want develop extra
strategies in this regard, thanks for sharing.
. . . . .

I enjoy what you guys tend to be up too. Such clever work and reporting!
Keep up the fantastic works guys I’ve you guys to our
blogroll.

Way cool! Some extremely valid points! I appreciate you penning
this article plus the rest of the website is also very good.

It’s hard to come by well-informed people in this particular topic, however, you sound like you know what you’re
talking about! Thanks

I was suggested this web site by way of my cousin. I am not
positive whether this put up is written by way of him as nobody else recognize such distinctive approximately my
difficulty. You’re amazing! Thank you!

What’s up, its fastidious post about media print, we all understand media is a impressive source of information.

Fabulous, what a weblog it is! This blog provides useful information to
us, keep it up.

I’m not that much of a internet reader to be honest
but your sites really nice, keep it up! I’ll go ahead and bookmark your site to come back
in the future. Many thanks

It is really a great and helpful piece of information. I am glad that you simply
shared this helpful information with us. Please keep us up
to date like this. Thanks for sharing.

I have been surfing online more than 3 hours
today, yet I never found any interesting article like yours.

It is pretty worth enough for me. Personally,
if all web owners and bloggers made good content as you
did, the net will be a lot more useful than ever before.

After I initially commented I seem to have clicked
the -Notify me when new comments are added- checkbox and from now on whenever a comment is added I get four emails with the same comment.

Perhaps there is a way you are able to remove me from that service?
Kudos!

I every time used to study piece of writing in news papers but now as I am a user
of web therefore from now I am using net for articles or reviews, thanks to web.

Hello, i think that i saw you visited my website thus i came to “return the favor”.I am trying
to find things to improve my web site!I suppose its ok
to use some of your ideas!!

Great items from you, man. I have take into account your stuff previous to and you are just
too magnificent. I actually like what you’ve acquired right
here, really like what you are saying and the way in which you are saying it.
You’re making it entertaining and you continue to take care of to keep it sensible.
I can not wait to learn far more from you. That is
really a wonderful site.

Hello there, I think your website may be having web browser compatibility issues.
Whenever I take a look at your blog in Safari, it looks fine however, when opening in Internet Explorer, it has some overlapping issues.
I simply wanted to give you a quick heads up! Apart from that,
fantastic blog!

I am curious to find out what blog system you have been utilizing?

I’m experiencing some minor security problems with my latest
website and I’d like to find something more safe. Do you have any solutions?

It’s hard to come by educated people for this subject, however, you sound like you
know what you’re talking about! Thanks

Hi there to all, how is the whole thing, I think every
one is getting more from this web site, and your views are fastidious
for new viewers.

I was very happy to discover this website. I wanted
to thank you for ones time due to this fantastic read!! I definitely savored every bit of it and I have you book marked to check out
new things in your blog.

Thanks for sharing your thoughts about tracfone coupon.
Regards

Thanks for sharing your info. I truly appreciate your efforts and I will be waiting
for your further post thank you once again.

Check out my web-site :: coupon