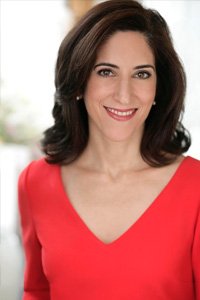 Rana Foroohar is an assistant managing editor at Time and the magazine’s economics columnist. She speaks regularly on CNN as global economic analyst, covering the intersection of economics, business, politics, and foreign affairs for both domestic and international operations. In addition, she is an economic and political contributor at New York City’s public radio station, WNYC. Prior to Time, Foroohar spent thirteen years at Newsweek as an economic and foreign affairs editor and a foreign correspondent. She won the German Marshall Fund’s Peter Weitz Prize for transatlantic reporting and is a life member of the Council on Foreign Relations. Rana lives in Brooklyn.

MFOB FEATURED BOOK: Makers and Takers: The Rise of Finance and the Fall of American Business

Eight years after the biggest market meltdown since the Great Depression, the key lessons of the 2008 crisis still remain unlearned—and our financial system is just as vulnerable as ever. Exploring the forces that have led American businesses to favor balance-sheet engineering over actual engineering and the pursuit of short-term corporate profits over job creation, Foroohar discusses how financialization has harmed our society, and why reversing this trend is of grave importance to us all. Through colorful stories of both “Takers” and “Makers,” she reveals how to change the system to create a better and more sustainable shared economic future.

[gdlr_button href=”https://squareup.com/store/bookends/item/rana-foroohar-non-fiction-makers-and-takers” target=”_blank” size=”small” background=”#bbbdc0″ color=”#ffffff”]Click here to buy[/gdlr_button] at Bookends in Ridgewood, NJ.
Avoid the lines! Pre-order books, and they’ll be waiting for you at the Book Tent at the Festival. Book sales made through Bookends help fund the Festival.

Blog sites are a terrific means to share your thoughts as well as suggestions with the globe. They are likewise an excellent means to build your individual brand.A blog site is a web site which contains write-ups or posts on a certain subject. Blogs can be utilized for personal use, company use, or both.