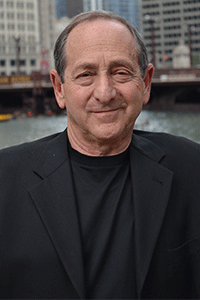 Ronald H. Balson is a Chicago trial attorney, an educator, and a writer. His practice has taken him to several international venues. Balson is also the author of Karolina’s Twins, Saving Sophie, and the international best seller Once We Were Brothers.

When his uncle dies, private investigator Liam Taggart reluctantly returns to his childhood home in Northern Ireland for the funeral—a home he left years ago after a harrowing confrontation with his family. But upon his arrival, Liam learns that not only was his uncle shot to death, but he had anticipated his own murder. He takes the investigation upon himself, and as he dives deeper and deeper into the past he has abandoned, he realizes he is forced to reopen doors long ago shut and locked in order to find and uncover the truth.

Blogs are a great way to share your ideas and suggestions with the world. They are also a terrific way to develop your individual brand.A blog site is a website which contains short articles or messages on a specific topic. Blogs can be used for individual use, organization use, or both.

Due to a planned power outage on Friday, 1/14, between 8am-1pm PST, some
services may be impacted.

Well, it depends. If you’re fully healthy, you can drink alcohol
right after taking ibuprofen, provided you drink moderately.

However, for older adults and people with gastric ulcer, liver, or kidney problems, you need to consult your doctor or
wait 24 hours. We have broken this down in more detail in this article.