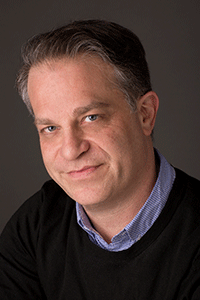 Sam Walker is The Wall Street Journal’s deputy editor for enterprise, the unit that oversees the paper’s in-depth page-one features and investigative reporting projects. He is the author of Fantasyland, a best-selling account of his attempt to win America’s top fantasy baseball expert competition (of which he is a two-time champion). Walker attended the University of Michigan. He lives in New York City with his wife and two children.

The secret to winning is not what you think it is . . .

The founding editor of The Wall Street Journal’s sports section, Sam Walker, has set out to answer one of the most hotly debated questions in sports: what are the greatest teams of all time? Fueled by a lifetime of sports spectating, 20 years of reporting, and a decade of research, The Captain Class tells the surprising story of what Walker has found makes sports teams exceptional. By identifying the counterintuitive leadership qualities of the men and women who drove their teams to succeed––from extreme doggedness and emotional control to a knack for nonverbal communication to tactical aggression and the courage to stand apart––Walker presents a fresh take on leadership that can be applied to the business world and beyond.

Hi morristownbooks.org owner, Thanks for the well-organized and comprehensive post!