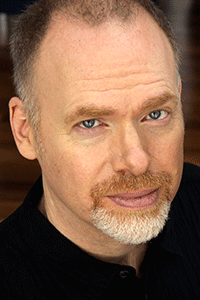 Scott Westerfeld is the #1 New York Times best-selling author of the Uglies series, which has been translated into 35 languages; the Leviathan series; Afterworlds; and many other books for young readers. He was born in Texas and alternates summers between Sydney, Australia, and New York City.

Three years ago, an event destroyed the small city of Poughkeepsie, forever changing reality within its borders. Uncanny manifestations and lethal dangers await anyone who now enters the Spill Zone. The Spill claimed Addison’s parents and scarred her little sister, Lexa, who hasn’t spoken since. Addison provides for her sister by photographing the Zone’s twisted attractions on midnight rides. Art collectors pay top dollar for these bizarre images, but getting close enough for the perfect shot can mean death—or worse for Addison. In this first volume of Westerfeld’s original graphic novel series, an eccentric collector makes a million-dollar offer, and Addison breaks her own hard-learned rules of survival and ventures farther than she has ever dared before. Within the Spill Zone, Hell awaits—and it seems to be calling Addison’s name.

Dear morristownbooks.org owner, Thanks for the informative and well-written post!

Hello morristownbooks.org admin, Thanks for the well-researched and well-written post!