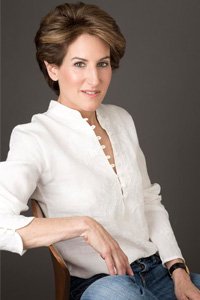 Stacy Schiff is the author of Véra (Mrs. Vladimir Nabokov), winner of the Pulitzer Prize; Saint-Exupéry, Pulitzer Prize finalist; A Great Improvisation: Franklin, France, and the Birth of America, winner of the George Washington Book Prize; and Cleopatra: A Life. Schiff has received fellowships from the Guggenheim Foundation and the National Endowment for the Humanities and an award in literature from the American Academy of Arts and Letters. Named a 2011 Library Lion by the New York Public Library, she lives in New York City.

It began in 1692, during an exceptionally raw Massachusetts winter, when a minister’s daughter began to scream and convulse. It ended less than a year later, but not before 19 men and women had been hanged and an elderly man crushed to death in what we now know as the Salem Witch Trials.  But what actually happened? The first great American mystery is unveiled fully for the first time by one of our most acclaimed historians.