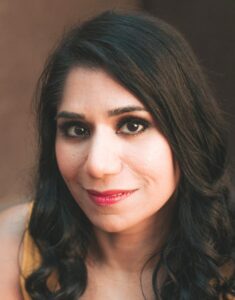 All in step with wing in wing … Chicks can conquer anything! Nerdy Chick finds a disturbing sign tacked to the door: “NO CHICKS ALLOWED!!!” Puzzled, then baffled, then just plain mad, Nerdy Chick sets out to change the rules.

Along the way, she meets other chicks who are just like her: passionate and determined. From Soccer Chick to Science Chick and Wordy Chick to Yoga Chick, these chicks aren’t willing to take “NO” for an answer. They rally together, march to the barn at the center of town, and — when they hear “NO” once again — chart their own path forward (or, rather, up, up, and away!).

A celebration of girl power and community action, Chicks Rule! is the playful, diverse, victorious anthem chicks everywhere will love.

Thanks for your publication on this blog. From my own experience, periodically softening right up a photograph could possibly provide the photographer with a dose of an inspired flare. Often times however, this soft blur isn’t just what exactly you had as the primary goal and can often times spoil an otherwise good photograph, especially if you consider enlarging the item.

I have recently started a web site, the info you offer on this website has helped me tremendously. Thanks for all of your time & work.

I read this paragraph completely on the topic of the resemblance of most recent and earlier technologies, it’s amazing article.|

I have read her works, they are really good. I read books to my kids and they love them too

Sudipta Bardhan-Quallen is one of my favorite writers. Her works are very famous.

When I initially commented I clicked the “Notify me when new comments are added”
checkbox and now each time a comment is added I get three emails with the
same comment. Is there any way you can remove me from that service?
Many thanks!

you are really a just right webmaster. The site loading velocity is amazing.
It sort of feels that you’re doing any distinctive trick.
Also, The contents are masterwork. you have
done a wonderful job on this matter!

Have a look at my web page; tracfone

Sudipta Bardhan-Quallen is an award-winning children’s book author whose books include Chicks Run Wild, Pirate Princess, Hampire!, and Quackenstein Hatches a Family. She visits schools around the country to talk about the craft of writing to children of all ages.

Hello morristownbooks.org administrator, Your posts are always well thought out.