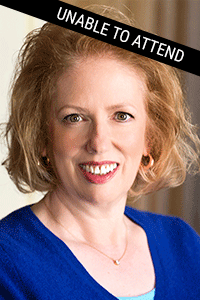 Susan Holloway Scott is the author of over 50 historical novels and historical romances. Writing under several pen names, her best-selling books have received numerous awards and honors. With more than 3 million copies of her books in print, she has been published in 19 foreign countries around the world and translated into 14 different languages.

As the daughter of a respected general, Elizabeth Schuyler is accustomed to socializing with dignitaries and soldiers. But no visitor to her parents’ home has affected her so strongly as Alexander Hamilton. They marry quickly, and despite the tumult of the American Revolution, Eliza is confident in her brilliant husband and in her role as his helpmate. But it is in the aftermath of war, as Hamilton becomes one of the country’s most important figures, that she truly comes into her own. In the new capital, Eliza becomes an adored member of society, respected for her fierce devotion to Hamilton as well as her grace. Behind closed doors, she astutely manages their expanding household and assists her husband with his political writings. Yet some challenges are impossible to prepare for. Through public scandal, betrayal, personal heartbreak, and tragedy, she is tested again and again. In the end, it will be Eliza’s indomitable strength that makes her not only Hamilton’s most crucial ally in life, but also his most loyal advocate after his death, determined to preserve his legacy while pursuing her own extraordinary path through the nation they helped shape together.

Heya i am for the first time here. I came across this board and
I find It truly useful & it helped me out a lot. I
hope to give something back and aid others like you
aided me.

continuously i used to read smaller articles or reviews which also clear their
motive, and that is also happening with this post which I am reading
at this place.

It’s actually a nice and useful piece of information. I am happy that you just shared
this helpful info with us. Please keep us informed like this.
Thanks for sharing.

I’m impressed, I must say. Rarely do I come across a blog
that’s both educative and engaging, and let me tell you, you have hit the nail on the head.
The problem is something that too few men and women are speaking intelligently about.
I am very happy I found this during my search for something relating to this.

I must thank you for the efforts you’ve put in writing this site.
I’m hoping to see the same high-grade content by you later on as well.
In fact, your creative writing abilities has inspired
me to get my own blog now ;)

An intriguing discussion is worth comment. I do believe that you need to write more on this topic, it may not
be a taboo matter but usually people don’t talk about such subjects.
To the next! Many thanks!!

At this time I am going to do my breakfast, when having my breakfast
coming over again to read additional news.

Good article! We will be linking to this particularly great
content on our website. Keep up the good writing.

Hi to every single one, it’s in fact a pleasant for me to pay a quick visit this site, it consists of valuable Information.

Can you tell us more about this? I’d like to find
out some additional information.

Nice post. I learn something totally new and challenging on blogs I stumbleupon on a daily basis.
It will always be helpful to read content from
other authors and practice something from their websites.

Really when someone doesn’t understand after that its
up to other users that they will assist, so here it happens.

Hi, the whole thing is going well here and ofcourse every one is sharing information, that’s truly good, keep up writing.

The Wonder Cinematic World is a collection of superhero movies based on personalities that appear in comic books released by Marvel Comics. The MCU is the shared cosmos in which every one of the movies are set.|The first movie launched was Iron Man in 2008, followed by The Incredible Hunk, Iron Guy, Thor, Captain America: The First Avenger, and afterwards Wonder’s The Avengers. Every one of these movies were met vital recognition and also ticket office success.

Hello, I do believe your web site may be having internet browser compatibility issues.
Whenever I look at your site in Safari, it looks fine but when opening in Internet Explorer, it’s got some overlapping issues.
I just wanted to give you a quick heads up! Besides that,
wonderful blog!

Hi would you mind sharing which blog platform you’re using? I’m planning to start my own blog in the near future but I’m having a difficult time making a decision between BlogEngine/Wordpress/B2evolution and Drupal. The reason I ask is because your design and style seems different then most blogs and I’m looking for something unique. P.S Apologies for getting off-topic but I had to ask!

I am not sure where you are getting your info, but good topic. I needs to spend some time learning much more or understanding more. Thanks for wonderful information I was looking for this information for my mission.

Aw, this was a very good post. Finding the time and
actual effort to make a very good article… but what can I say… I put things off a whole lot and
never seem to get nearly anything done.

Pretty nice post. I just stumbled upon your weblog and wished to say that I’ve truly enjoyed browsing your blog posts.
In any case I’ll be subscribing to your
rss feed and I hope you write again soon!

Hi there would you mind sharing which blog platform you’re working with?

I’m planning to start my own blog in the near future but I’m
having a tough time deciding between BlogEngine/Wordpress/B2evolution and Drupal.

The reason I ask is because your design seems different
then most blogs and I’m looking for something unique.
P.S Apologies for being off-topic but I had to ask!

Heya this is somewhat of off topic but I was wondering if blogs use WYSIWYG
editors or if you have to manually code with HTML. I’m starting a
blog soon but have no coding experience so I wanted to get guidance from
someone with experience. Any help would be enormously appreciated!

First of all I want to say awesome blog! I had a quick question that I’d like to ask if you don’t mind. I was interested to find out how you center yourself and clear your mind prior to writing. I’ve had difficulty clearing my thoughts in getting my thoughts out. I truly do take pleasure in writing but it just seems like the first 10 to 15 minutes are lost simply just trying to figure out how to begin. Any ideas or hints? Thanks!

Hi just wanted to give you a quick heads up and let you know a few of the pictures aren’t loading correctly.
I’m not sure why but I think its a linking issue.
I’ve tried it in two different web browsers and both show the same results.

Attractive element of content. I just stumbled upon your web site
and in accession capital to say that I get in fact enjoyed account your weblog
posts. Anyway I will be subscribing for your feeds and even I success you access persistently rapidly.

It’s remarkable to pay a quick visit this site and reading
the views of all friends on the topic of this
post, while I am also eager of getting familiarity.

Oh my goodness! Incredible article dude! Thanks, However I am going through difficulties with
your RSS. I don’t understand the reason why I can’t
subscribe to it. Is there anybody else getting similar RSS problems?
Anybody who knows the solution will you kindly
respond? Thanx!!

I’m really loving the theme/design of your web site.

Do you ever run into any browser compatibility issues?
A couple of my blog audience have complained about my blog not working correctly in Explorer but looks
great in Firefox. Do you have any recommendations to help fix this issue?

I was pretty pleased to uncover this great site.
I want to to thank you for ones time for this wonderful read!!
I definitely enjoyed every part of it and I
have you saved as a favorite to look at new things on your
site.

Hi to every one, it’s in fact a pleasant for me to pay
a quick visit this web page, it includes precious Information.

With havin so much written content do you ever run into any problems of plagorism or copyright infringement?
My site has a lot of completely unique content I’ve either written myself or outsourced but it
appears a lot of it is popping it up all over the web without my
permission. Do you know any solutions to help
stop content from being ripped off? I’d definitely appreciate it.

Awesome blog! Do you have any hints for aspiring writers?

I’m hoping to start my own blog soon but I’m a little lost on everything.
Would you advise starting with a free platform like WordPress or go for a paid option? There are so
many options out there that I’m totally overwhelmed ..

Any recommendations? Bless you!

If some one wishes expert view on the topic of blogging and site-building after
that i propose him/her to go to see this webpage, Keep
up the fastidious work.

This site really has all the info I wanted about this subject and didn’t know who to ask.