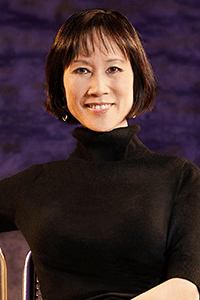 Tess Gerritsen, dubbed by Publishers Weekly as the “medical suspense queen,” trained as a physician prior to becoming an international best-selling thriller author. Her first medical thriller, Harvest, was released in hardcover in 1996, marking her debut on The New York Times Best Sellers list. Her 27 novels include the Rizzoli and Isles crime series, on which the TV show “Rizzoli & Isles” is based. Some of her other award-winning titles include Gravity, The Surgeon, Playing With Fire, and I Know a Secret. Her books are translated into 40 languages, and more than 30 million copies have been sold. She lives in Maine.

Boston PD detective Jane Rizzoli and medical examiner Maura Isles—the inspiration for the hit TNT series—continue their best-selling crime-solving streak, pursuing a shadowy psychopath who is keeping secrets and taking lives. With two seemingly unrelated homicides, a general sense of bad timing, clues from the dead, and secrets and scandals uncovered, this thriller is thoroughly bold––just when Rizzoli and Isles think they’ve cornered their predator, the long-buried past rears its head—and threatens to engulf more innocent lives, including their own.

Blog sites can be developed using totally free blogging platforms such as WordPress, Tumblr, as well as Blogger. These platforms permit you to create an account and also begin blogging right now without any technical knowledge of coding or layout.