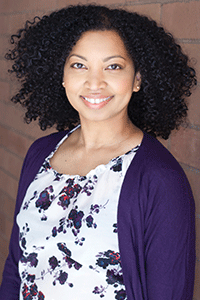 Raised in Trinidad until she was a teenager, Tracey Baptiste is a former educator-turned-editor, with positions at McGraw-Hill and Scholastic. She earned a master’s in education at New York University and is on the faculty at Lesley University’s Creative Writing MFA program. In addition to The Jumbies and Rise of the Jumbies, she is the author of the children’s novel Angel’s Grace. She lives in New Jersey.

Everyone in her Caribbean island home knows Corinne is half-jumbie. So when local children go missing, snatched from the beach and vanishing into wells, suspicious eyes turn to Corinne. To rescue the missing children and clear her name, Corinne must travel deep into the ocean to find Mama D’Leau, the dangerous jumbie who rules the sea. This sequel to the highly praised The Jumbies is filled with action-packed storytelling, diverse characters, and twists on Caribbean and West African mythology and fairy tales.