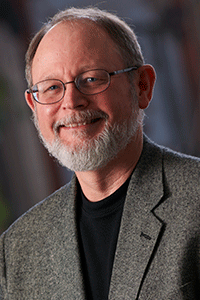 William Kent Krueger is the author of the New York Times best-selling Cork O’Connor mystery series, set in the great Northwoods of Minnesota. His work has received numerous awards, including the Edgar Award for Best Novel for his 2013 release Ordinary Grace. He lives in St. Paul, a city he dearly loves, and does all his creative writing in local, author-friendly coffee shops.

All his life, Stephen O’Connor has had visions of tragedies to come. The crash of a private plane on Desolation Mountain in a remote part of the Iron Lake Reservation, which kills a United States senator and most of her family, confirms Stephen’s worst fears. Stephen joins his father, Cork O’Connor, and a few Ojibwe men from the nearby Iron Lake reservation to sift through the wreckage, when the FBI arrives and quickly assumes control of the situation. As Cork initiates his own probe, he stumbles upon a familiar face in Bo Thorson, a private security consultant whose unnamed clients have hired him to look quietly into the cause of the crash. The men agree to join forces in their investigations, but soon Cork begins to wonder if Thorson’s loyalties lie elsewhere. Roadblocked by lies from the highest levels of government, uncertain whom to trust, and facing growing threats the deeper they dig for answers, Cork, Stephen and Bo finally understand that to get to the truth, they will have to face the great menace, a beast of true evil lurking in the woods—a beast with a murderous intent of unimaginable scale.

You understand a lot its nearly arduous to argue with you (not that I really would need…HaHa).

I do consider all of the ideas you’ve introduced on your post. They’re really convincing and can certainly work. Nonetheless, the posts are very short for starters. Could you please lengthen them a bit from next time? Thanks for the post.|

The other day, while I was at work, my sister stole my apple ipad and tested to see if it can survive a 40 foot drop, just so she can be a youtube sensation. My apple ipad is now destroyed and she has 83 views. I know this is entirely off topic but I had to share it with someone!