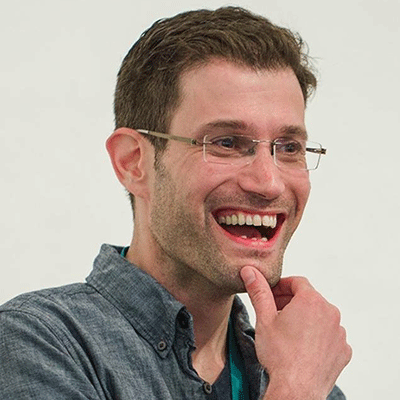 Alex London is the award-winning author of over 25 books for children, teens, and adults, including the middle grade series: Battle Dragons, Dog Tags, The Wild Ones, and Accidental Adventures. For young adults, he’s the author of the cyberpunk duology, Proxy, and the epic fantasy trilogy, The Skybound Saga. A former librarian, journalist, human rights researcher, and snorkel salesman, he lives in Philadelphia with his husband, daughter, and hound dog. 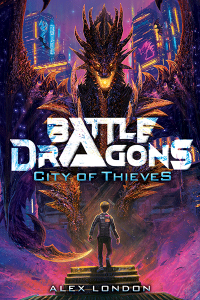 Once, dragons nearly drove themselves to extinction. But in the city of Drakopolis, humans domesticated them centuries ago. Now dragons haul the city’s cargo, taxi its bustling people between skyscrapers, and advertise its wares in bright, neon displays. Most famously of all, the dragons battle. Different breeds take to the skies in nighttime bouts between the infamous kins―criminal gangs who rule through violence and intimidation.

Abel has always loved dragons, but after a disastrous showing in his dragon rider’s exam, he’s destined never to fly one himself. All that changes the night his sister appears at his window, entrusting him with a secret…and a stolen dragon. Turns out, his big sister is a dragon thief! Too bad his older brother is a rising star in Drakopolis law enforcement.

In Battle Dragons: City of Thieves, Abel, in order to protect his friends and his family, must partner with the stolen beast, riding in kin battles and keeping more secrets than a dragon has scales. When everyone wants him fighting on their side, can Abel figure out what is worth fighting for?