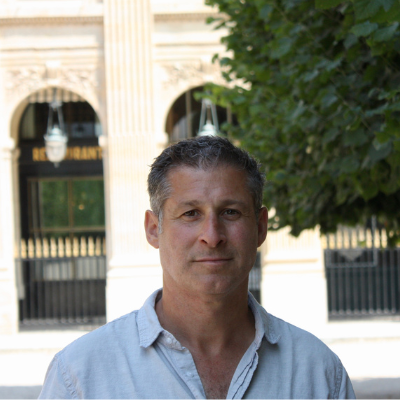 To be interviewed by Kimberly McCreight.

Chris Pavone’s newest novel, Two Nights in Lisbon, released in May, was an instant New York Times Best Seller. He is also the author of The Paris Diversion, The Travelers, The Accident, and The Expats. In addition to The New York Times list, his novels have appeared on the bestseller lists of USA Today and The Wall Street Journal; have won both the Edgar and Anthony awards; are in development for film and television; and have been translated into two dozen languages. Pavone grew up in Brooklyn, graduated from Cornell, and worked as a book editor for nearly two decades. He lives in New York City and on the North Fork of Long Island with his family. 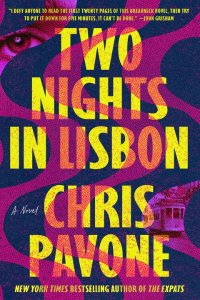 In Two Nights in Lisbon, Ariel awakens, alone. Her husband seems to be gone—no warning, no note, not answering his phone. Did he go for a jog and get mugged? Kidnapped? Murdered? Could he secretly be a money-launderer, a con artist, a drug smuggler? A spy? Did he maybe get cold feet about this marriage and leave her? Or is it possible that John simply left for work very early?

She starts her inquiries with the hotel staff, then the police, then the American embassy, at each confronting questions she can’t fully answer: What exactly is John doing in Lisbon? Who would want to harm him? How does Ariel know so little about her new—much younger—husband? Why did he drag her along on his business trip?

Ariel is growing frustrated, desperate, and is on the verge of collapse. Then a motorcycle screeches to a halt at her side; the rider thrusts something at her, then tears away. It’s a phone. It’s ringing.

The clock is now ticking, Ariel is running out of time, and she has no choice but to turn to the one person in the world she least wants to.