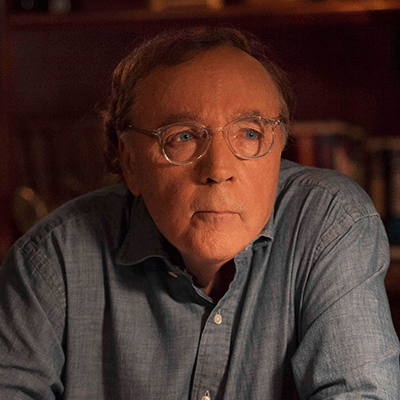 In conversation with Cindy Callaghan and Keith Rosso.

James Patterson is the world’s best-selling author. His enduring fictional characters and series include Alex Cross, Women’s Murder Club, Michael Bennett, Maximum Ride, Middle School, and Ali Cross, along with such acclaimed works of narrative nonfiction as Walk in My Combat Boots, E.R. Nurses, and his autobiography, James Patterson by James Patterson. Bill Clinton (The President Is Missing) and Dolly Parton (Run, Rose, Run) are among his notable literary collaborators. For his prodigious imagination and championship of literacy in America, Patterson was awarded the 2019 National Humanities Medal. The National Book Foundation presented him with the Literarian Award for Outstanding Service to the American Literary Community, and he is also the recipient of an Edgar Award and nine Emmy Awards. He lives in Florida with his family.

MFOB featured books: Ali Cross: The Secret Detective!, The Elephant Girl, and The Girl in the Castle

The #1 best-selling kid detective is back in Ali Cross: The Secret Detective! Mysteries, crime-solving, homeroom—all in a day’s work for Ali Cross. Ali Cross has always looked up to his father, the famous detective Alex Cross. And after helping to solve two big cases, Ali knows he has what it takes to follow in his father’s footsteps. Eager to keep solving crimes, Ali and his friends hack into police calls and go to crime scenes to watch the detectives at work—and try to crack the cases themselves. But when Ali witnesses something horrible, he has to grapple with tough questions about what it means to be a detective, and a detective’s son. Will Ali find a way to follow in his father’s footsteps . . . or will he be the one in danger’s path? 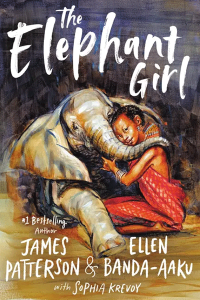 Inspired by true events, The Elephant Girl is a moving exploration of the bonds between creatures and the power of belonging. James Patterson and award-winning author Ellen Banda-Aaku deliver an unforgettable story of a girl, an elephant, and their life-changing friendship. Clever, sensitive Jama likes elephants better than people. While her classmates gossip—especially about the new boy, Leku—twelve-year-old Jama takes refuge at the watering hole outside her village. There she befriends a baby elephant she names Mbegu, Swahili for seed. When Mbegu’s mother, frightened by poachers, stampedes, Jama and Mbegu are blamed for two deaths—one elephant and one human. Now Leku, whose mysterious and imposing father is head ranger at the conservancy, may be their only lifeline. 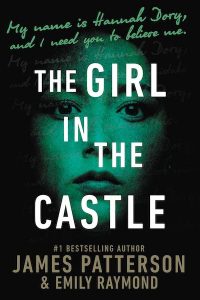 The Girl in the Castle

The Girl in the Castle is a thrilling novel about a teen caught between two worlds and the truths that could set her free—or trap her forever.

Hannah Doe is brought to Belman Psych, kicking and screaming, told she is suffering from hallucinations and delusions. But in 1347, Hannah Dory and her village were starving to death in a brutal winter and Hannah sought out food and salvation in the baron’s castle, knowing that if she was caught stealing, she would surely hang.

In present day, Hanna Doe knows the truth: she is both Hannah Doe and Hannah Dory, and she must return to the past before it’s too late to save her sister. Can Jordan, the Abnormal-Psych student who seems to truly care, be the one to finally help her? Jordan isn’t sure what to believe, and Hannah has even bigger problems: if she doesn’t make it back, her sister will die, but if she keeps going back, she might never escape.