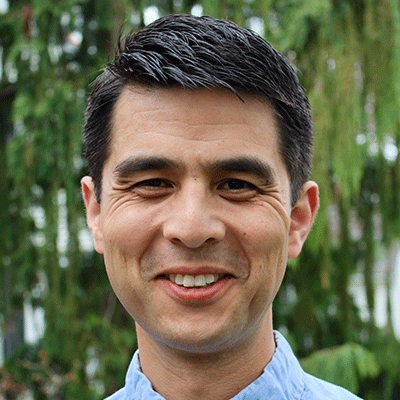 Jason Chin is a celebrated author and illustrator of children’s books. He received the Caldecott Medal for Watercress, written by Andrea Wang, and the Cook Prize for Your Place in the Universe. His book Grand Canyon was awarded a Caldecott Honor, a Sibert Honor, and the NCTE Orbis Pictus Award. His other acclaimed nonfiction titles—Coral Reefs, Redwoods, Gravity, and Island: A Story of the Galapagos—have received numerous starred reviews and other accolades. He is also the illustrator of Stephanie Parsley Ledyard’s debut title Pie Is for Sharing and Miranda Paul’s Water is Water and Nine Months: Before a Baby is Born, the latter a Boston Globe–Horn Book Honor Book. He lives in Vermont with his wife and children.

MFOB featured book: Watercress and The Universe in You

Driving through Ohio in an old Pontiac, a young girl’s parents stop suddenly when they spot watercress growing wild in a ditch by the side of the road. Grabbing an old paper bag and some rusty scissors, the whole family wades into the muck to collect as much of the muddy, snail covered watercress as they can.

At first, she’s embarrassed. Why can’t her family get food from the grocery store? But when her mother shares a story of her family’s time in China, the girl learns to appreciate the fresh food they foraged. Together, they make a new memory of watercress.

In Watercress, Andrea Wang tells a moving autobiographical story of a child of immigrants discovering and connecting with her heritage, illustrated by award winning author and artist Jason Chin, working in an entirely new style, inspired by Chinese painting techniques. An author’s note in the back shares Andrea’s childhood experience with her parents.

The Universe in You

Chin explores the world of the very small, delving deep into the microscopic spaces just beneath our skin, in this companion to the award-winning Your Place in the Universe.

From the tiniest mammals to the intricate structures of microscopic organisms and subatomic particles that make up every human body, journey through an unseen world! With detailed, luminous illustrations that explore perspective and scale, paired with accessible, entertaining text, The Universe in You takes young readers on an impossible journey. Detailed backmatter elaborates and adds context on the science behind this beautiful, well-researched book.