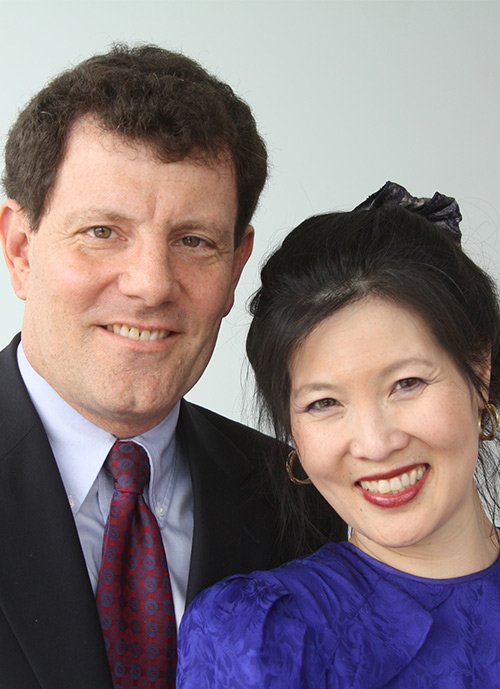 Nicholas Kristof, a columnist for The New York Times since November 2001, is a two-time Pulitzer Prize winner who writes op-ed columns that appear twice a week. In 1990, Kristof and his wife, Sheryl WuDunn, previously aTimes journalist, won a Pulitzer Prize for their coverage of China’s Tiananmen Square movement. Kristof won a second Pulitzer in 2006 for what the judges called “his graphic, deeply reported columns that, at personal risk, focused attention on genocide in Darfur.” Kristof and WuDunn are authors of four best-selling books: China Wakes: The Struggle for the Soul of a Rising Power in 1994; Thunder from the East: Portrait of a Rising Asia in 2000; Half the Sky: Turning Oppression Into Opportunity for Women Worldwide in 2009; and most recently, A Path Appears: Transforming Lives, Creating Opportunity. 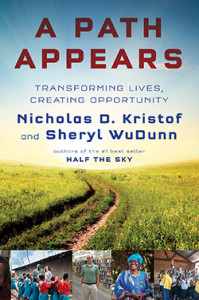 Sheryl WuDunn, the first Asian-American reporter to win a Pulitzer Prize, is a business executive, lecturer, and best-selling author. With her husband Nicholas Kristof she co-authored four books: A Path Appears, Half the Sky, Thunder from the East, and China Wakes. They were awarded the Pulitzer in 1990 for their coverage of China, and the Dayton Literary Peace Prize in 2009. WuDunn worked at the Times as a business editor and foreign correspondent in Tokyo and Beijing, and now works in banking.

Husband-and-wife team Nicholas D. Kristof and Sheryl WuDunn introduce a sweeping tapestry of people who are making the world a better place and give a guide to the ways that we can do the same—whether with a donation of $5 or $5 million, with our time, by capitalizing on our skills as individuals, or by using the resources of our businesses.

With scrupulous research and on-the-ground reporting, the authors assay the art and science of giving, identify successful local and global initiatives, and share astonishing stories from the front lines of social progress. We see the compelling, inspiring truth of how real people have changed the world, upending the idea that one person can’t make a difference.

Nicholas D. Kristof and Shery WuDunn are the featured authors for our Keynote Event on October 2.