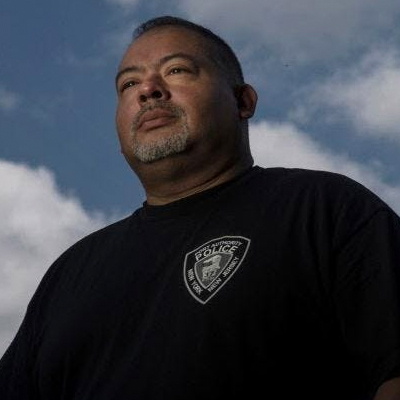 As a rookie officer, William Jimeno faced the ultimate challenge when he and other first responders answered the call to save lives at the World Trade Center on September 11, 2001. When the Twin Towers fell, Will was trapped under the rubble for 13 hours, an ordeal captured by film director Oliver Stone in the major motion picture World Trade Center. Will has published two books: Sunrise Through the Darkness, which marks the 20-year anniversary of 9/11 and gives honor to those that died through Will’s continued work of healing and serving others, and Immigrant, American, Survivor, co-written with Charles Ricciardi, that is aimed at young readers and tells the story of his family’s immigration from Colombia and the development of Will’s true pride in America while he retains his love for his heritage. 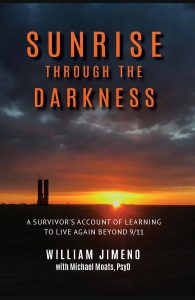 On September 11, 2001, Port Authority Police Officer William Jimeno lay crushed beneath the Twin Towers’ 220 stories of concrete, steel, and glass. This horrific day and the rescue of Will and his Sergeant, John McLoughlin, have been depicted on the screen and in many articles. But, surviving the building collapse was only part of the story. Multiple surgeries, forced retirement, survivor’s guilt, depression, and learning to live with PTSD were to follow.

Will has teamed with clinical psychologist, Michael Moats, to share his message of faith, hope, and love and how these three things helped him navigate the uncharted waters of life after the tragedy of September 11th. Although Sunrise Through the Darkness speaks directly to first responders, Will’s message is relatable to anyone who has suffered trauma or loves someone who has.